Best time to visit tribes of Ethiopia : When to travel to omo valley and suri ?

You want to travel to Kenya, but wonder when is the best time to visit Kenya?

Due to its location on the equator, Kenya has a tropical climate with pleasant temperatures almost all year round. The country can be divided into rainy and dry season and two climate zones depending on the altitude and you can therefore visit Kenya all year round.

The Lower Omo Valley and Suri

The dry seasons in the lower Omo Valley and Suri region are from June to September and November to March. There are two rainy seasons. The first, from late March to early June, is the wettest, with the South Omo Valley and areas near the Bale Mountains receiving 200 to 250mm in April and early May, and the mid-south receiving roughly 125mm.

The northern circuit , is best visited between October and March, when the weather is dry and navigation is simpler. It is, nevertheless, worth visiting if you are drawn to the area’s off-season beauty; there are fewer tourists around the country’s key tourist destinations, such as Lalibela, and the landscape is much more beautiful when the countryside is green and well-watered. 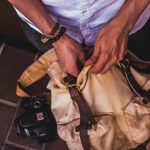 Omo Valley What Should I Pack Before I Go?